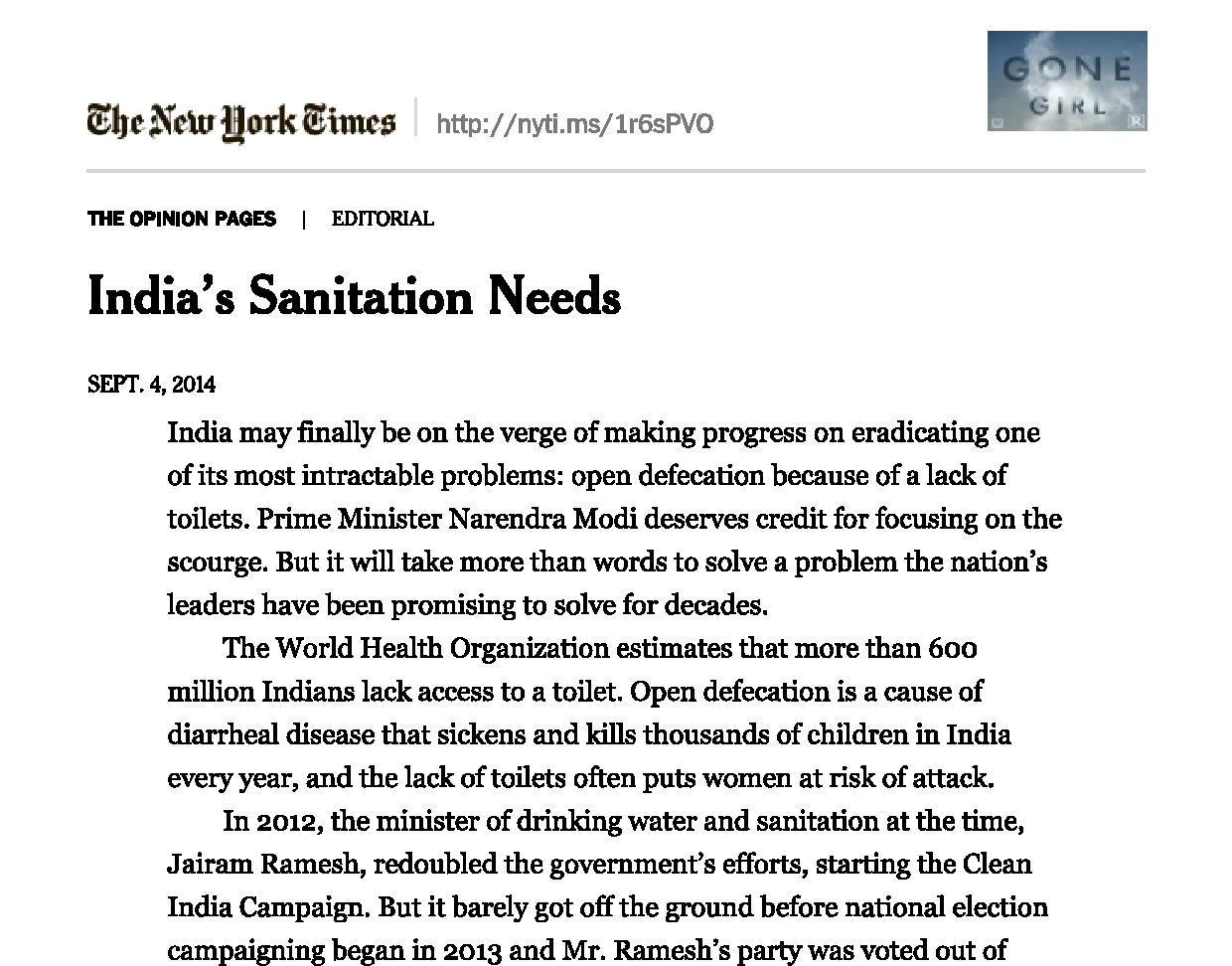 India may finally be on the verge of making progress on eradicating one of its most intractable problems: open defecation because of a lack of toilets. Prime Minister Narendra Modi deserves credit for focusing on the scourge. But it will take more than words to solve a problem the nation’s leaders have been promising to solve for decades.

The World Health Organization estimates that more than 600 million Indians lack access to a toilet. Open defecation is a cause of diarrheal disease that sickens and kills thousands of children in India every year and the lack of toilets often puts women at risk of attack.

In 2012 the minister of drinking water and sanitation at the time Jairam Ramesh redoubled the government’s efforts starting the Clean India Campaign. But it barely got off the ground before national election campaigning began in 2013 and Mr. Ramesh’s party was voted out of office in May.

That month just after Mr. Modi became prime minister two teenage girls were murdered and their bodies were found hanging from a tree near their village after they had ventured out at night to relieve themselves. Mr. Modi astutely used public anger to focus attention on the problem. He announced an ambitious national cleanliness campaign to begin on Gandhi’s birthday on Oct. 2 pledging that every school will have separate toilets for boys and girls by October 2015 and that by 2019 all Indians will have access to a toilet.

This will not be easy. Some Indians are repulsed by the idea of having a toilet which they associate with uncleanliness and the caste now known as Dalits in their home. Others according to research by the National Council of Applied Economic Research are wary of the hygiene and odor of seepage-pit toilets typically installed under government programs.

Changing entrenched attitudes and building the 12.5 million toilets that the Ministry of Drinking Water and Sanitation hopes to have in place by 2019 will be a colossal challenge. Mr. Modi’s continued leadership is needed as is the participation of the private sector and nonprofit groups.