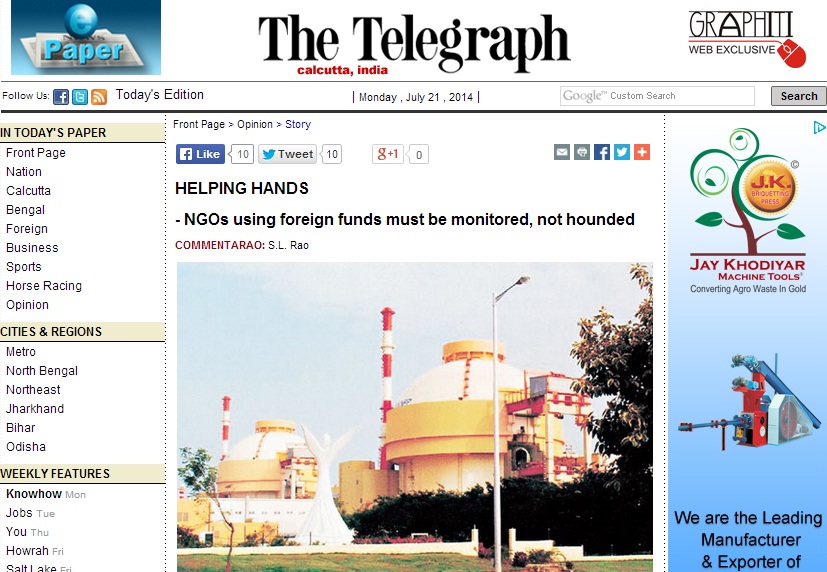 The media were agog when a “secret” report of the Intelligence Bureau was leaked a few days after the swearing-in of the Narendra Modi-led government. It particularly pointed to Greenpeace to the agitation against the Kudankulam nuclear power plant (picture) and coal-based thermal power projects as having been funded by foreign agencies to hold back India’s development. The report obviously suits the suspicions about foreign funding in both the Congress which initiated the report and the Bharatiya Janata Party which received it.