What does the Evidence Show? Consumption, Poverty and the Labour Market in India - 2011/12-Present

The presentation is available on this webpage

The authors discussed their paper which examines household and individual level data from a number of major data sources, including CPHS, NSSO, and PLFS. The paper evaluates the data, and data sources, for the information contained therein on some major policy issues – for example, the state of extreme poverty, the functioning of the labour market, etc. The findings are fivefold. First, the authors’ analysis of the PLFS indicates that newly introduced education-based sampling schemes do not necessarily influence results. Second, a detailed analysis suggests that the sampling weights in the CPHS should be treated with extreme caution. The decline in extreme poverty using CPHS data appears to be larger than popularly believed, and consumption growth is larger than that reported by CPHS. Fourth, CPHS shows significantly lower female participation rates compared with other surveys, while the male labour force participation rates are more comparable rates. Fifth, the non-parametric bounds of CPHS labour force participation rates for men are similar to those of PLFS; however, for women, the non-parametric estimates are radically dissimilar. 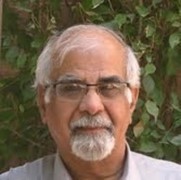 Surjit S. Bhalla is Executive Director for India, Sri Lanka, Bangladesh and Bhutan at the IMF (Nov. 2019). He has served as part-time member of Prime Minister Narendra Modi’s Economic Advisory Council, Chairperson for the Ministry of Commerce High Level Advisory Group on Trade and Economic Adviser to the Fifteenth Finance Commission, Government of India. In addition, he is a regular Invitee to the Aspen Institute Program on World Economy, USA, 2002-present. Dr Bhalla has taught at the Delhi School of Economics and served as executive director of the Policy Group in New Delhi. Since 1999, he has been on the governing board of NCAER. He has worked as a research economist at the RAND Corporation, the Brookings Institution, and at both the research and treasury departments of the World Bank, and as a consultant to Warburg Pincus. He has also worked on Wall Street in Deutsche Bank and Goldman Sachs. He holds a PhD in Economics from Princeton University, a Masters in Public and International Affairs from Woodrow Wilson School, Princeton University, and a BSEE degree from Purdue University. 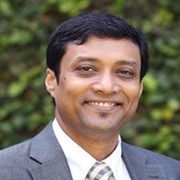 Tirthatanmoy Das is an Associate Professor in the Economics & Social Sciences Area at the Indian Institute of Management Bangalore. He is also a Research Fellow at IZA Institute of Labor Economics and a Fellow at the Global Labor Organization. Before joining IIMB, he was an Assistant Professor of Economics at Temple University (2012-2014) and the University of Central Florida (2014-2017). His research spans topics in labour economics, econometrics, health economics, and behavioural economics. He has also contributed to policy research on the Indian labour market, including the background reports submitted to the Economic Advisory Council to the Prime Minister of India (EAC-PM). He received an MA and a PhD in Economics from the State University of New York at Binghamton, an MA from Jawaharlal Nehru University, and a BSc from the University of Calcutta. 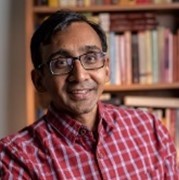 Amit Basole is Associate Professor of Economics and Head, Centre for Sustainable Employment, Azim Premji University. Prior to joining Azim Premji University, he taught at Bucknell University and the University of Massachusetts, Boston. His research interests include labour and structural change, poverty and inequality, and the economics of artisanal knowledge. He is the lead author of the State of Working India report. He has a PhD in Economics from the University of Massachusetts, Amherst. 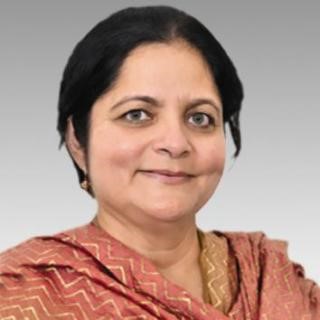 Sonalde Desai is a Distinguished University Professor at the University of Maryland and Professor at NCAER, and Director of NCAER’s National Data Innovation Centre. She is a demographer whose work deals primarily with social inequalities in developing countries with a particular focus on gender and class inequalities in human development. While much of her research focuses on South Asia, she has also engaged in comparative studies across Asia, Latin America, and Sub-Saharan Africa. She has published articles in a wide range of sociological and demographic journals including American Sociological Review, Demography, Population and Development Review, and Feminist Studies. Dr Desai leads the India Human Development Survey and is serving as President for the Population Association of America for 2022.