A webinar on Role of NGOs in Educating India Financially with special reference to changing dynamics in women’s empowerment was organised by NCAER as part of the Investor Education and Protection Fund (IEPF) Chair Unit’s webinar series. NCAER established the IEPF Chair Unit in 2020, with funding from the Investor Education and Protection Fund Authority, Ministry of Corporate Affairs. NCAER’s IEPF Chair Unit conducts research on contemporary issues related to investor education and protection, and an analysis of related economic and regulatory issues.

If literacy is the first step to empowerment, financial literacy is a close second. In India as well as in the world, NGOs have played a stellar role in empowering women through financial literacy. Financial literacy helps women, especially the poor amongst them, to gain control over their earnings, become proactive, and use information and resources to enhance their economic security. It also enables them to make the best use of financial services and reduces their vulnerability to fraudulent schemes. The success of women’s Self-Help Groups like the Kudumbashree in Kerala have been extensively documented. However, given the numbers, there are large pockets of the country that are yet untouched by such pioneering efforts. To celebrate World NGO Day on February 28, NCAER, together with the IEPFA, is organised this webinar with a view to spreading awareness on the role of financial literacy in women’s empowerment. 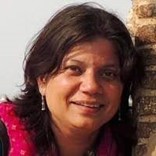 Kalpana Pant is Managing Director, WISE, Indore and Executive Director, Chaitanya, one of the pioneers of community-based micro- finance in Maharashtra. 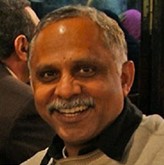 Mathew Titus is Founding Director of Sa-Dhan, the first association for microfinance institutions. He served as a member of the Prime Minister’s Advisory Council on MSME from 2010 to 2014, was Senior Advisor, Ashoka University, Centre for Social Impact and Philanthropy and is now Partner with Market & Ecosystem Advisory. 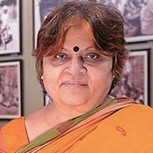 Jayshree Vyas is Managing Director, Shree Mahila Sewa Sahakari Bank, Ahmedabad since 1986. She has earlier served as Board Member at Equitas Micro Finance India and is widely regarded as one of the early leaders in women’s empowerment at the grassroots. 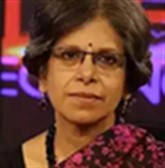 Mythili Bhusnurmath is Senior Adviser, NCAER, and Consulting Editor, ET Now TV. She holds a Master’s in Economics from the Delhi School of Economics and is a Certified Associate of the Indian Institute of Bankers. She also holds a law degree from Delhi University. She worked with the State Bank of India and Reserve Bank of India before moving to journalism in 1993.