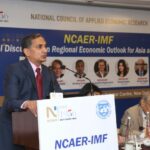 Dr Krishna Srinivasan, Director of the IMF’s Asia Pacific Department, made a presentation on the latest assessment for the region focusing on large medium-term output losses, which could be 9 per cent of GDP for the region, and the need to build greater resilience in the region. He highlighted the need for fiscal consolidation in view of elevated public debt levels and cautioned that elevated corporate debt has increased scarring risks. He noted, “While there is no panacea for productivity losses due to pandemic scarring, digital technologies can increase efficiency, deepen financial inclusion, and open new markets.” He also added that fragmentation can affect trade and slowdown growth. 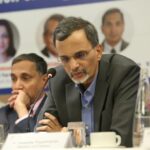 The Chief Economic Adviser, Dr Anantha Nageswaran said that “India is expected to clock better growth than IMF’s projections next year aided by enhanced capital formation.” He added that fiscal consolidation is needed to bring inflation down, and said, “Asset monetisation receipts could be used to lower government debt, which would be the best stimulus for the economy”.  He also maintained that the debt-to-GDP ratio did not pose any sustainability concern and could come down due to asset monetisation. 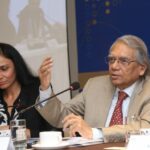 Dr Rakesh Mohan, President and Distinguished Fellow, Centre for Social and Economic Progress (CSEP), cautioned that while we were on the right track in reducing debt levels, we should not be complacent about financial repression. He emphasised the need for keeping inflation expectations anchored, pointing out that though in the U.S., inflation was high, inflation expectations remained hinged. 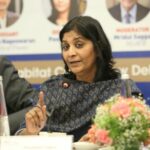 Highlighting the need for fiscal adjustment, the NCAER Director General, Dr Poonam Gupta pointed out that fiscal outcomes have been sticky and mentioned, “Debt may decline very slowly over the next five years and macro shocks can change the trajectory.” She also advocated the central bank swap lines amongst the G20 countries to be extended to all economies during the pandemic. 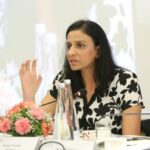 Ms Sonal Varma, Chief Economist (India and Asia ex-Japan), Nomura, raised risks of stagflation and pointed out that “central banks will bring down inflation even if it leads to recession but Asia is relatively better placed than other economies. As far as India is concerned, an export slowdown will lead to moderation in demand.” 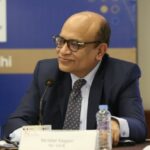 Summing up the discussion at the seminar, Dr Mridul Saggar noted, “It is common economic sophism that fiscal policy can be assigned to prop up growth while monetary policy is assigned to bringing inflation under control. Instead, gradual fiscal consolidation is needed to moderate demand.” He also highlighted the need to address climate risks faced by small island economies.