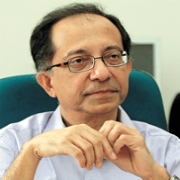 In May 2008 he was awarded one of India’s highest civilian awards, the Padma Bhushan, by the President of India. He has received several honorary degrees, including doctorates from IIT Bombay, Fordham University New York and Bath University, England.