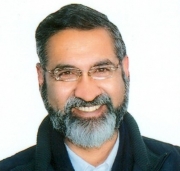 Deepak Sanan recently retired from the Indian Administrative Service, where he was attached to the state of Himachal Pradesh. He held senior positions in public finance, land governance, and the water and sanitation sectors at both the state and national levels. He also had significant tenures in the health, urban development and power sectors. Currently, he is an advisor for projects on water and sanitation and land governance at a number of institutions in India. He has been a Consultant with the World Bank, IFAD, DFID, IDS Sussex and AusAid. He has also served as the India Country Team Leader in the Water and Sanitation Program (South Asia) at the World Bank.

Mr Sanan has been writing regularly on Centre-State relations, in particular, on creating incentives for more effective use of Central funds to overcome State budget constraints and improve governance. He has published extensively and presented papers on these issues at a number of conferences across India. Mr Sanan received his MA in Politics (IR) from the Jawaharlal Nehru University, New Delhi, and BCom (Hons.) from Delhi University.