Will strive for consensus: Chandy 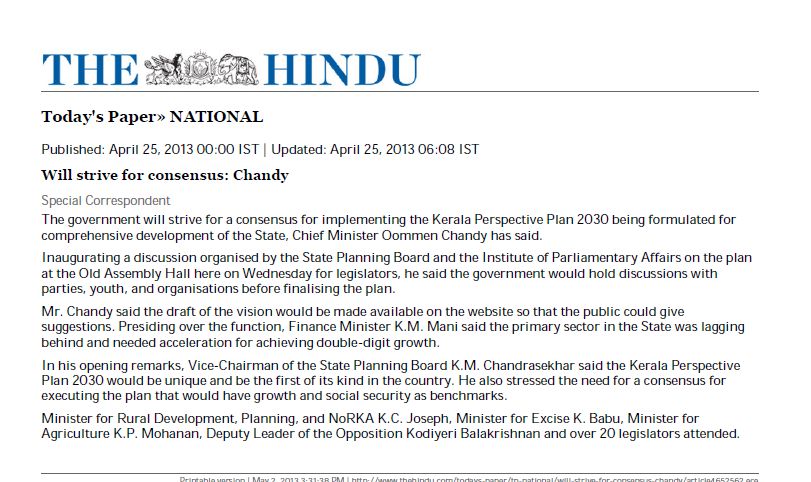 THIRUVANANTHAPURAM:The government will strive for a consensus for implementing the Kerala Perspective Plan 2030 being formulated for comprehensive development of the State Chief Minister Oommen Chandy has said.

Inaugurating a discussion organised by the State Planning Board and the Institute of Parliamentary Affairs on the plan at the Old Assembly Hall here on Wednesday for legislators he said the government would hold discussions with parties youth and organisations before finalising the plan.

Mr. Chandy said the draft of the vision would be made available on the website so that the public could give suggestions. Presiding over the function Finance Minister K.M. Mani said the primary sector in the State was lagging behind and needed acceleration for achieving double-digit growth.

In his opening remarks Vice-Chairman of the State Planning Board K.M. Chandrasekhar said the Kerala Perspective Plan 2030 would be unique and be the first of its kind in the country. He also stressed the need for a consensus for executing the plan that would have growth and social security as benchmarks.