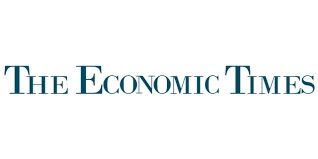 India 2014. Britain 2016. The US 2016. India 2019. And now the US 2020. What do the above five national elections have in common? The fact that seasoned professional and previously accurate pollsters got significant elements of the elections wrong is a pointer. Identification of the cause(s) is important.

Not for the mere desire for more accurate polls but also because opinion polls today both reflect and form public opinion. The latter enhanced by social media to a much greater degree than ever before. Opinion polls are the bread and butter for the cottage industry of poll aggregators (e.g. Fivethirtyeight). Their models seek to ‘inform’ the public with polling odds; getting it right should be an important part of business. Is there a pattern to so many election forecasts going wrong in rece ..

Was 2020 close to warrant soul-searching? Don’t look at the aggregate vote or the electoral college. Both are indicative but no cigar. Look at the closeness of the races statewise. Look at the percentage difference in the vote share — 2016 was very similar to 2000 e.g. less than 2% separated the two parties in six seats seven seats if the bar is 2.5%. The 2020 results are likely to parallel 2016. The last time the same closeness was observed in two consecutive elections was 1976 and 1980. T ..

The more academic American Association for Public Opinion Research’s (AAPOR) postmortem report on the 2016 election polls recognised that state polls ‘clearly underestimated Trump’s support in the Upper Midwest’. The polls did the same in 2020. Not all pollsters are wrong to the same degree. Ann Selzer who leads the Des Moines Register Poll in Iowa a respected authority uses a random digit dialling (RDD) method of polling — i.e. randomly selected respondents rather than derived from traditi ..

Several of the reasons are statistical and therefore easily correctable. More important errors have to do with a changing world order. A new world where there is an ongoing Battle of the Elites. The old elite the Establishment; the new elite the Upstarts. As usual cricket provides a useful parallel — Gentleman vs Players. This ongoing social struggle is an important cause of polling errors. Remember Mitt Romney’s 47% and Hillary’s ‘deplorables’? Trump received a higher fractionof African A ..

There may be an analogy here with ‘perspectives’ on lockdowns. The old elite welcomed them because they could work from the comfort of their homes; the rest detested them because it meant a significant loss in incomes. Even viruses are political. To account for this changing social-political demographic we need to correct the polling data for the realistic possibility of lying. In this lying there is an anger against the system. A correction was tried and tested on elections in India the late  ..

The fractions who are lying need not be very large to cause major errors. Assume one candidate has a 10-point lead — A is at 55 and B is at 45. If only 5 percentage points (PPT) of Camp A lie a 10-point lead is turned into a dead heat. The consistently good polling company Trafalgar Group seems to have a method that works and one which in principle is not that far away from our 1989 method. To mitigate the social desirability bias they ask the respondents not only how they themselves will vot ..