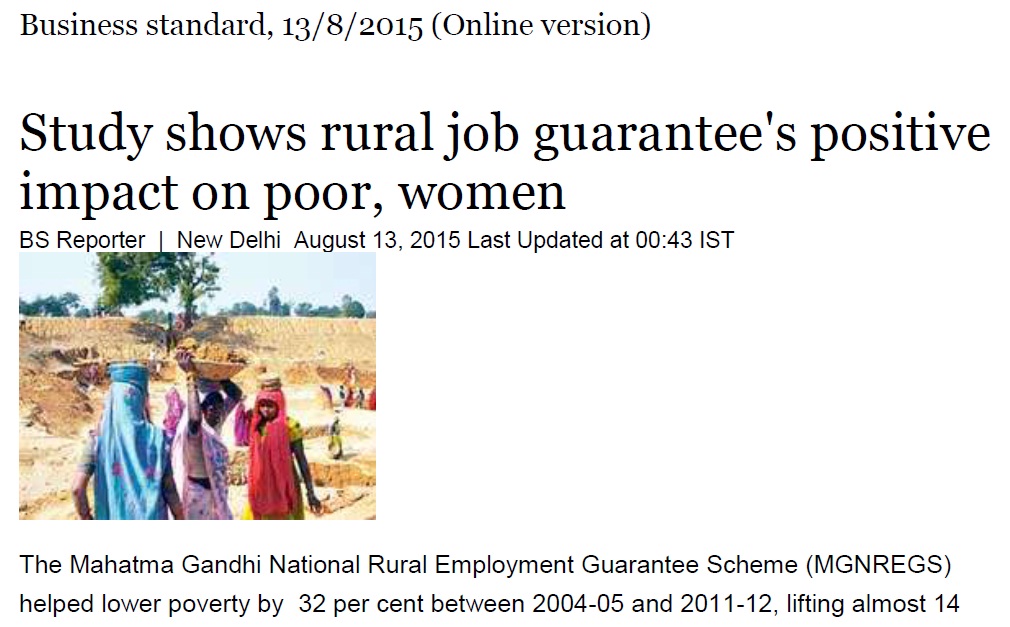 The Mahatma Gandhi National Rural Employment Guarantee Scheme (MGNREGS) helped lower poverty by  32 per cent between 2004-05 and 2011-12 lifting almost 14 million in this regard says a recent survey by the National Council for Applied Economic Research and the University of Maryland.

In this period though overall economic growth contributed in lowering poverty so did the scheme said Sonalde Desai principal author of the study.

About 53 per cent of the workers employed were women and it contributed immensely in empowering them the study showed. In 2004–05 rural women earned only 53p for each rupee earned by men. But with implementation of the scheme in 2006 there was at least one job where men and women were paid equally.

“Is it any surprise that women’s participation has risen sharply and their share of work is nearly 53 per cent?” it said.

However the numbers also show that the scheme is likely to have had a much smaller impact on the rural job market and on rural wages than commonly believed. At an all-India level average days worked under the scheme was less than four. Overall while the period saw a sharp rise in rural wages MGNREGS played only a modest role says the report.

It also says the positive effect is limited by very low access to work in some of the poorest states such as Bihar and Odisha.