Strategy choices for India to recover from this recession 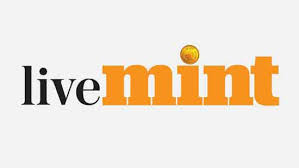 In my column last month in Mint (Triple Trouble: Coronavirus Hunger And The Economy 17April) I had said that India is grappling with three crises at the same time: a public health crisis caused by the covid-19 pandemic a humanitarian crisis unleashed by the sudden imposition of a nationwide lockdown that revealed little preparation but was more stringent than anywhere in the world and an economic crisis triggered by the shutting down of large segments of the economy.

So far India is clearly winning the public health battle. We have been lucky that the pandemic struck us late. We could learn from the experience of countries that were struck earlier. Strong early action has contained the pace at which the virus has spread giving us some time to ramp up a weak public healthcare system to cope with the pandemic. The number of daily deaths highly volatile and increasing by 18-20% per day in early April started coming down sharply about two weeks after the lockdown was imposed. That increase is now stable at around 5% per day. The ratio of deaths to recoveries is also coming down. The counterfactual of what might have happened in the absence of a strong early lockdown is frightening as we have seen in Italy Spain the US (especially New York) etc. However this battle is being won at a huge humanitarian and economic cost.

On the humanitarian front the picture remains grim. Secure in our affluent or middle-class homes it is difficult for us to imagine the plight of millions of daily wage workers. They have no jobs no income and no food and in the case of migrant workers they have had no means of getting home. What was needed urgently was a generous package of food and income support for whoever sought it and without complicated targeting. Following the â‚¹20 trillion package announced by Prime Minister Narendra Modi on 12 May finance minister Nirmala Sitharaman announced a component to provide free rations to migrant worker households even without cards and some additional support measures.

Still while government spokespersons wax eloquent on television about the wonderful arrangements in place to shelter and feed unemployed workers and to transport them home these images are juxtaposed against other images of endless lines of men women and even little children with no support whatsoever walking cycling or jostling into crowded trucks desperate to get to their homes hundreds of kilometres away. These surreal contrasts starkly highlight our insensitivity. They tell us that we in our world are quite out of touch with the ground reality of their world.

On the economic front however the outlook is more hopeful now following the PM’s announcement of a huge financial package though it may not be possible to fully implement in one year.

Simulations in the Quarterly Review Of The Economy of the National Council of Applied Economic Research to be launched at a webinar on 15 May indicate that in the absence of a macroeconomic stimulus gross domestic product (GDP) would fall by over 25% in the first quarter of 2020-21 and by about 13% during the whole year. The unemployment rate exceeded 27% at one point according to the Centre for Monitoring Indian Economy something that has never happened before.

An expenditure stimulus of around 5% of GDP over what was budgeted for 2020-21 which many including this columnist have been recommending would turn the recession around to a 3.6% growth. But that would come with double-digit inflation a large fiscal deficit and an unsustainable 3.6% current account deficit. A more modest expenditure stimulus of 3% of GDP would generate a lower but still positive growth of 1.2% but also lower inflation (8.9%) a smaller fiscal deficit (8.8%) and a lower current account deficit (3%). This is the preferred option.

It turns out that after netting liquidity measures undertaken by the Reserve Bank of India (4% of GDP) the â‚¹20 trillion cumulative monetary-fiscal stimulus package announced on 12 May would amount to an additional expenditure stimulus of around â‚¹12 trillion or 6% of GDP including the additional borrowing of â‚¹5.9 trillion already announced. This is larger than the 5% of GDP stimulus with even larger fiscal and current account deficits and high inflation.

Details of additional expenditure in the package are still being rolled out. But the harder question is how such a massive borrowing programme would be financed. With the additional borrowing the total borrowing programme of the government (Centre plus states) would amount to over â‚¹17 trillion. Sovereign lending of this scale is quite unprecedented for our financial system and cannot be managed through any single approach if at all. A combination of channels will be necessary.

The government should first borrow from commercial banks. Since state governments face a higher cost the Centre could borrow on their behalf. In either case the existing Fiscal Responsibility and Budget Management Act would have to be suspended. However there are limits to this channel. Beyond a point it would push up yields and crowd out the private sector. Second the Reserve Bank’s ways and means advances should be re-purposed and further liberalized with a much larger ceiling and for a longer period (say one year) after which advances can be converted into long-dated securities. Next as the lender of last resort the central bank should directly monetize the residual part of the deficit through private placements as a one-time arrangement. Finally it would be prudent to spread this borrowing over two years 2020-21 and 2021-22 to restore macroeconomic stability.

Sudipto Mundle is a Distinguished Fellow at the National Council of Applied Economic Research. These are the author’s personal views.