State for consensus on growth plan 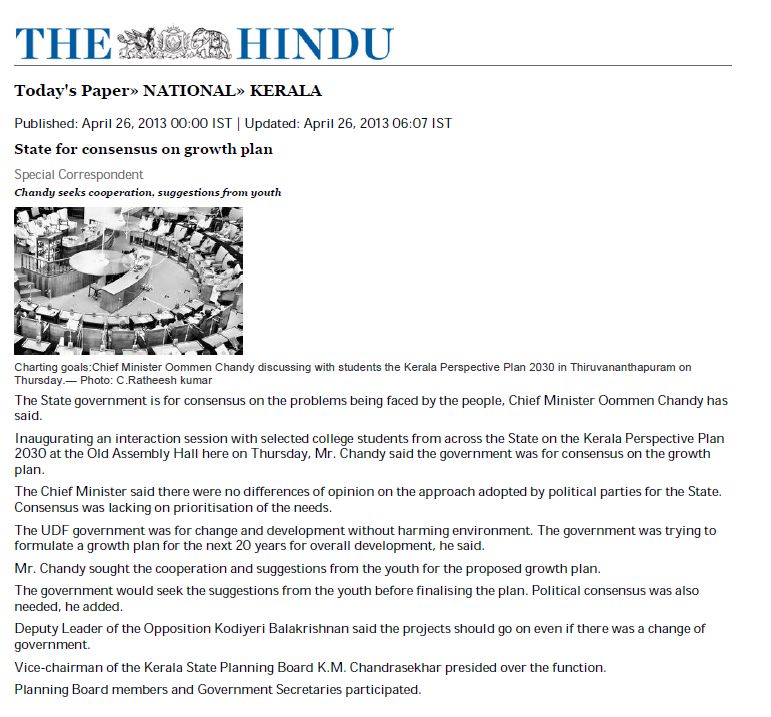 THIRUVANANTHAPURAM:The State government is for consensus on the problems being faced by the people Chief Minister Oommen Chandy has said.

Inaugurating an interaction session with selected college students from across the State on the Kerala Perspective Plan 2030 at the Old Assembly Hall here on Thursday Mr. Chandy said the government was for consensus on the growth plan.

The Chief Minister said there were no differences of opinion on the approach adopted by political parties for the State. Consensus was lacking on prioritisation of the needs.

Mr. Chandy sought the cooperation and suggestions from the youth for the proposed growth plan.

The government would seek the suggestions from the youth before finalising the plan. Political consensus was also needed he added.

Deputy Leader of the Opposition Kodiyeri Balakrishnan said the projects should go on even if there was a change of government.

Vice-chairman of the Kerala State Planning Board K.M. Chandrasekhar presided over the function.