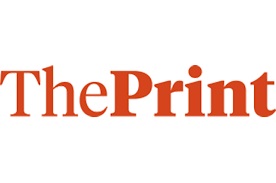 The agriculture sector like large and medium industries of the Indian economy also needs a well-organised industry representation.

India has a long history of farm movements. Surplus generated out of the Green Revolution made farmers a politically significant group. Chaudhary Charan Singh was one of the first to identify its potential. He formed the Bharatiya Kranti Dal in 1967 and became the leader of Bharatiya Lok Dal in 1974 after merging the former into six other parties that were in opposition to the Indira Gandhi government. He promoted the interest of rich and middle peasants belonging to middle and backward castes. He fought for the abolition of landlordism consolidation of landholding and resisted taxing agricultural surplus. The farmer leader had also initiated a food procurement scheme in Uttar Pradesh after becoming the chief minister in 1967. This led to significant upward bias in agricultural prices and profitability of agriculture in subsequent decades.

Chaudhary Charan Singh formed the Bharatiya Kisan Union (BKU) in 1978. After his death in 1987 Mahendra Singh Tikait resurrected the organisation in Uttar Pradesh. The BKU took a non-political position which it continues till now to draw its legitimacy. In the 1980s the BKU led movements protesting against high power tariffs and erratic supply. The organisation demanded remunerative prices parity in power rates with other states and lowering of input costs. The dharna organised by Tikait in Meerut in January 1988 attracted lakhs of peasants including women. The Uttar Pradesh government relented to the pressure by providing concessions and including the BKU representatives in the Agricultural Prices Commission and local development bodies. Zoya Hasan in her 1989 paper in Economic and Political Weekly says that the benefits given by the government were more rhetorical than real.

The BKU’s movements of the late 1980s however had limited success. That’s because it was a movement to protect and promote the interests of surplus producers by maximising only their economic returns and did not involve the entire farming community. The leadership belonged to the affluent peasant class— teachers former Army men and retired government officials. The BKU’s demands did not take into account the interests of poor peasants agricultural labourers and artisans. The organisation had no concern for the minimum wage rate. The poor peasant and agricultural labourers who participated in the movement did so due to their primordial loyalties. As a result all groups of the farming community did not emerge as a united force.

The farming community in India has failed to organise big movements and pressurise the government to fulfil its demands in recent times. The stimulus package given by the Narendra Modi government to revive the economy from the shocks of Covid-19 has little to offer to the agricultural sector. The package that accounts for 10.05 per cent of India’s GDP includes fiscal and monetary measures. Only 7 per cent from this economic package has been dedicated to agricultural and allied sectors even when it is most important to invest in this segment of the economy because the migrant labourers who have returned from big cities would ultimately depend on traditional agriculture till the economy revives.

Among all the segments of the Indian economy large and medium industries are probably the best organised with multiple chambers of commerce and industry associations and representations in each state. Most sectors are well placed to propagate their interests with help from sector-specific associations or federations to serve their interests. In spite of lower attention to agriculture and very minimal support given to the migrant labourers there has not been any farmer or labour unrest raising these issues. This reveals the lack of capacity on part of the poor farmers to organise as a group and raise their demands.

A protest of the few

The lack of the farming community’s ability to emerge as a united force across the states and farming class is evident in the ongoing protests against the farm legislation as well.

According to the Shanta Kumar Committee report in 2015 only six per cent of the farmers could sell their produce to government agencies. Hence the ongoing protests serve the interest of only a tiny portion of the farming community.

The inability of the farmers to sell their produce on time and get remunerative prices is a real problem. Although India has modernised in many areas the interlocking of product credit labour and land markets in rural pockets continues to thrive. We need farm movements that demand facilitation of better linkages with markets that practice fair dealings.

The farm movements in India are plagued by overrepresentation of rich farmers as a political force. They provide the critical mass without which the protests cannot snowball. However agitations dominated by a few rich farmers may not solve the problem of the farming community as a whole. The interests of all groups have to be advanced. The richer farmers have to set an agenda for the benefit of the poorer and vulnerable members. The participation of the latter would benefit the former as well as the whole farming community. The community needs to emerge as a unified force to bargain for and usher in meaningful policy and reforms.