Numbers that dole out the details 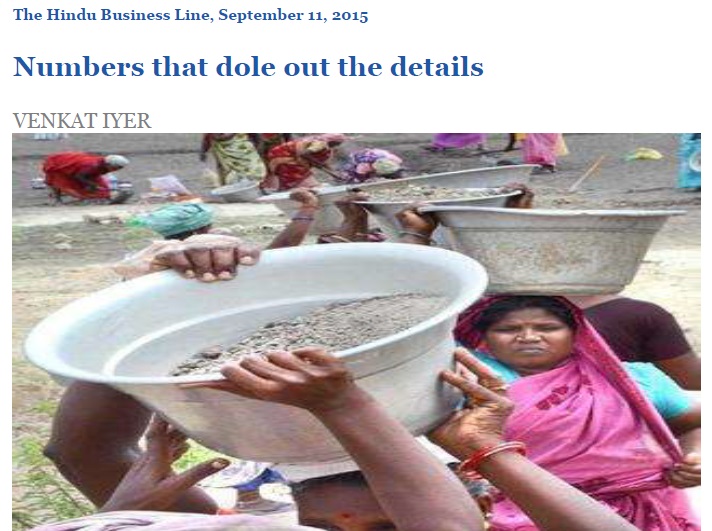 Rajasthan farmer Shivlal Jat’s four acres help him meet his household expenses. During off-peak periods he has time on his hands. So for the past six to seven years he has demanded work under the Mahatma Gandhi National Rural Employment Guarantee Act (MGNREGA) scheme and earned an extra â‚¹9000 every year. This not only helped Jat procure quality seeds and fertiliser but also spend more for the household.

It is these kinds of stories from the ground that form a part of the new National Council of Applied Economic Research (NCAER) report on the rural job-guarantee scheme. Titled ‘A Catalyst for Rural Transformation’ the study is based on data from the India Human Development Survey rounds 1 (2004-05) and 2011-12.

Coming in the wake of declining participation in the programme the study offers some interesting findings. For instance it shows that the scheme contributed on average â‚¹4000 to household income in 2011-12; and this income was less than 9 per cent of the total income in the surveyed houses. But this small sum could be critical to the poor farmer during the lean season.

In the five years before 2011-12 48 per cent of the rural population borrowed from moneylenders; in 2011-12 only 27 per cent did. The extra earning from MGNREGA also helped enrol children in schools and empowered women workers with access to cash. But of course the scheme could have done more. The study found low participation in several states including Bihar where the scheme was poorly implemented.

Nevertheless the scheme helped reduce poverty by about 32 per cent. Additional employment of 107 crore days for the chronic poor and 54 crore days for those who had slipped into poverty is sufficient to pull them up to non-poor status.

Other important trends highlighted include rising engagement with work outside the family farm and drop in agricultural labour. The non-agricultural work offered under MGNREGA is only a small part of this. Improved transportation is helping villagers find work in nearby towns. A sharp growth in construction in the larger villages offers substantial job opportunities to labourers. Women are finding work as community health workers and anganwadi workers. In places like Uttar Pradesh people find factory work at wages far above what the job-guarantee scheme offers.

However among the poor and the socially vulnerable (agricultural wage labourers) adivasis dalits and other backward classes have dominated MGNREGA participation. The scheme was instrumental in reducing poverty among these groups.

The writer is an organic farmer based in Dahanu Maharashtra