NCAER predicts economic growth at 7.5 per cent this fiscal 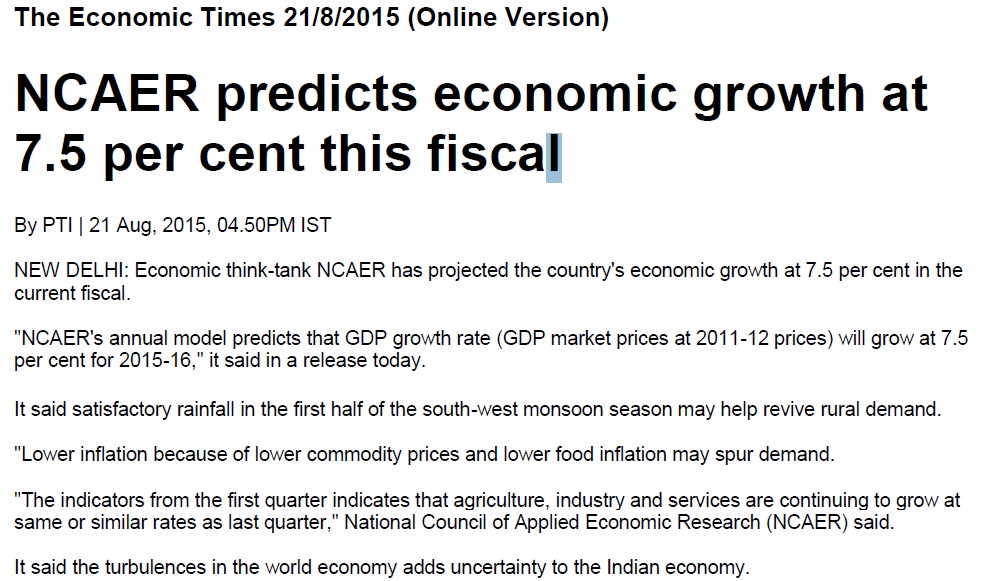 NEW DELHI: Economic think-tank NCAER has projected the country’s economic growth at 7.5 per cent in the current fiscal.

It said satisfactory rainfall in the first half of the south-west monsoon season may help revive rural demand.

“The indicators from the first quarter indicates that agriculture industry and services are continuing to grow at same or similar rates as last quarter” National Council of Applied Economic Research (NCAER) said.

It said the turbulences in the world economy adds uncertainty to the Indian economy.

“Overall India is predicted to achieve a marginally higher rate of growth of 7.5 per cent than last year at 7.3 per cent” the think tank said.