Learning to live together, all eight billion of us 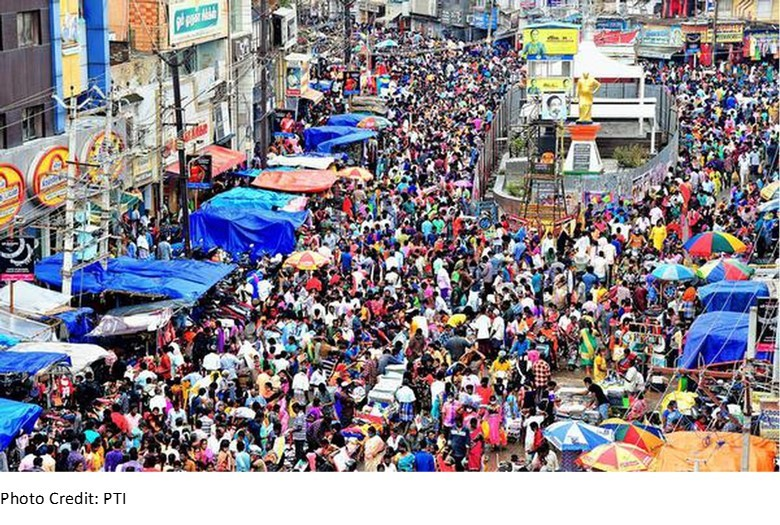 Population growth and the changing geographic and generational balance of power

Behind this bare outline lies a vast transformation in the global balance of power. The coming century belongs to Asia and Africa if strength lies in numbers. In 1900, Europe and North America combined were home to 31% of humankind. The UN estimates that its share in the global population has declined to 14% today, and is expected to go below 12% by 2050. China, which formed 25% of the world population in 1900, will decline to 14% by 2050.

How this massive change in the population’s centre of gravity will change the international power balance remains open to speculation. However, one thing is clear, Asia and Africa will have an important role in determining our shared future. It would be surprising if, despite its military and economic might, the West would not feel threatened in a world where it accounts for an increasingly small proportion of the global population.

The changing age distribution complicates adjusting to this changing geographical centre of population gravity. Declining fertility in the West has led to the rapid ageing of the population. Immigration remains the only option to reduce the dependency ratio imposed by the rising proportion of the elderly and declining fertility among the native-born population. Already immigrants form a large proportion of the people in many developed countries. Nearly 30% of Australians were born in other countries, as were 21% of Canadians, and about 14% of Americans. While this gives rise to tremendous ethnic tensions, it also increases the power of minorities in these host countries. We should expect the emergence of more leaders like British Prime Minister Rishi Sunak and U.S. Vice President Kamala Harris.

This global tension between changing geographic and generational power balance is also mirrored in India. Differential population growth has led to a decline in the share of the Indian population in the southern States from 26% in 1951 to 21% in 2011. Labour force consequences of this declining population share are further aggravated by population ageing. As with the global experience, this void of workers is filled by migrants from other States with interesting consequences. For example, Chhath, a Bihari festival, leads to labour shortages in Kerala as migrant workers return home. While the proportion of migrant workers in southern States is still tiny, it can be expected to grow as the economy in South India expands and home-grown workers age.

These parallels between global and internal transformations challenge us to contemplate the implications of population change. We must first grapple with whether size has any meaning regarding power-sharing arrangements. Few Indians will question that India’s size entitles it to a permanent seat on the UN Security Council. Does the same notion of representation carry over to our internal power-sharing arrangement? Article 81 of the Indian Constitution mandated the allocation of Lok Sabha seats across States in proportion to their population. However, in 1976 the fear of overpopulation led to a constitutional amendment freezing the seat allocation based on population figures of the 1971 Census until 2001; this was further extended to 2026. Milan Vaishnav and Jamie Hintson from the Carnegie Endowment for International Peace estimate that if seat allocation were based on the Census of 2011, four north Indian states (Bihar, Madhya Pradesh, Rajasthan and Uttar Pradesh) would collectively gain 22 seats, while four southern States (Andhra Pradesh, Kerala, Telangana and Tamil Nadu) would lose 17 seats.

Adjusting to migration created by changing age composition and labour demands poses a different challenge. With a growing influx of culturally diverse migrants, host cultures find themselves between a rock and a hard place. About 22% of Germany’s population is age 65 and above, leading to labour shortages. Germany needs workers in diverse occupations that require people with high education as well as those with vocational skills like carpentry and nursing. However, far-right populist politicians continue to engage in anti-immigrant rhetoric despite this need for immigrant workers. This, too, has its parallel in locals-only legislation in Andhra Pradesh and protectionist demands in Tamil Nadu. As Chinmay Tumbe notes, Marwari merchants, moving from trade and banking to industry and cultural and educational philanthropy, played a vital role in the economy of Kolkata. Still, widespread protests led by trade unions and political interest groups drove many Marwaris away during a period that coincided with the decline of Bengali industries.

Host cultures’ challenge in assimilating migrants is mirrored in how origin countries and regions capitalise on their diasporic communities. Israel is the most striking example of the soft power of its extended community. Jewish individuals worldwide, particularly in America, are seen to carry a little piece of Israel within their hearts, whether they have ever lived in Israel. Birthright citizenship and welcoming policies cement these ties. India has welcomed the philanthropic contributions of its diasporic community and its soft power in specific instances — for example, in garnering political support in the U.S. for the India-U.S. nuclear agreement. However, India’s relationship with her diaspora remains uneasy at best. Most recently, it was reflected in the comments on Indian social media questioning the Indian connection of Mr. Sunak. With population growth in Africa, it will likely emerge as a region of strategic interest. A long history of the Indian diaspora in various parts of Africa makes it imperative that New Delhi find a way of mobilising this untapped resource and overcoming its ambivalence.

These challenges suggest that we need to reflect on the implications of a world population of 8 billion and learn to address the changing geographic and generational transformations if we are to navigate our demographic destiny successfully.