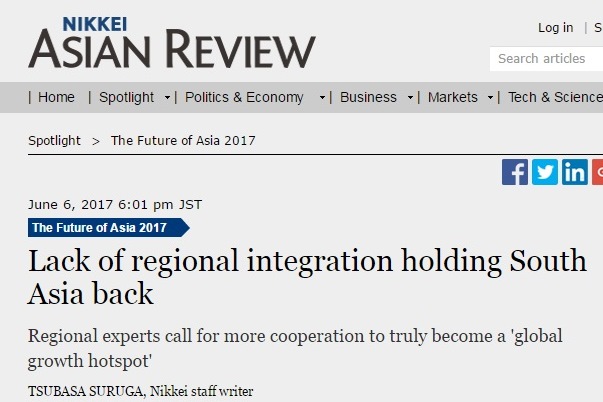 TOKYO — South Asia must accelerate regional economic integration and improve connectivity to truly become a cradle of growth according to experts at a panel discussion on Tuesday during the International Conference on The Future of Asia.

Led by India’s solid performance — and supported by relatively young populations and low wages — South Asia’s growth is expected to hit 6.8% in 2017 up from 6.7% a year ago. In 2018 growth is expected to reach 7.1% according to the World Bank which has described the region as a “global growth hotspot.” 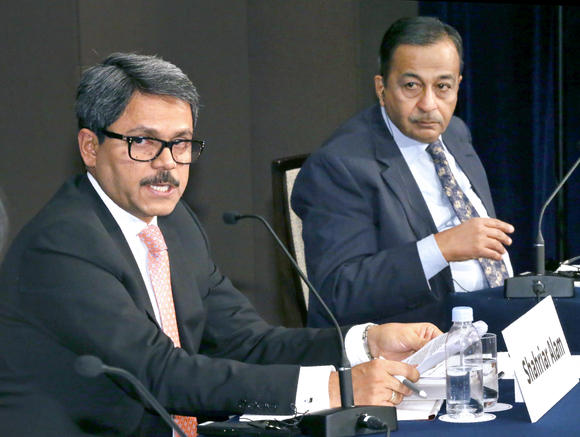 However Shahriar Alam Bangladesh’s state minister for foreign affairs said regional integration still lags behind neighboring Southeast Asia. Intra-regional trade in South Asia is only around 5% of the total trade much lower than the Association of Southeast Asian Nation’s 25%.

Chadha added that the South Asia Free Trade Agreement which came into force in 2006 lacks strength: “There is a lot to be done. Even if it is called an FTA not all the tariffs are free. There are non-tariff barriers.”

Citing Japan’s funding and support for an Indian railway project the economist called for support from the nine observers of SAARC such as Japan South Korea China U.S. and the European Union.

“The new Delhi Metro Rail is comparable to any rail in the world … and the metro has changed the life of India” he said. “[People] who would have spent half a day to go from one part of the city to another part are now traveling in two hours. So imagine the numbers of jobs it has created and skill match it has created in India.”

State minister Alam raised the importance of regional connectivity. “To reap the benefit of the fastest growing region and the demographic dividend with 75% of [Bangladesh’s] population below the age of 35 we really need to connect ourselves and … facilitate people to people connect” he said.