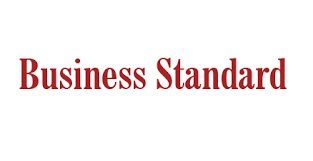 In 1748 the French philosopher Montesquieu proposed a form of government where powers were not excessively concentrated. The legislature defines what is forbidden in laws. The xecutive administers laws investigates violations and prosecutes them. The judiciary determines if the accused is guilty. Separating out these three branches of government creates checks and balances and is seen in most liberal democracies. Separation of powers was part of the thinking of the framers of the Constitution of India and is part of the basic structure of the Constitution.

However some bodies of the Indian state themselves write law conduct investigations and inflict punishments. This creates a new level of risk for people and raises concerns about constitutional propriety.

The Security and Exchange Board of India (Sebi) as a statutory body was created in 1992. In addition to the power to make regulations on securities market as well as implement them the 1992 Act required market intermediaries to obtain a certificate of registration and empowered Sebi to suspend/cancel registration for prescribed misdemeanours. At this point there was a certain fusing of legislative powers (to write law in the form of regulations) executive powers (to choose an intermediary that should be investigated) and judicial powers (to award punishment in the form of suspension/cancellation of registration).

When a system of punishment has only two options: To do nothing or to do something that is tantamount to death sentence (cancellation of registration) it is hard to create incentives for compliance. It was felt that a more nuanced form of punishment — monetary penalties — was required. Accordingly in 1995 a major amendment to the Sebi Act was passed by Parliament. It added two sets of provisions to the laws administered by Sebi.

The first was insertion of a new chapter VIA. This chapter listed a set of contingencies and authorised a senior Sebi officer to be an Adjudicating Officer (AO) to hold an inquiry and pass orders imposing monetary penalty whenever warranted. The second was addition of a few sections enabling Sebi to issue directions after conducting due inquiries to any person associated with the securities market. These directions could be for securing proper management of any securities market intermediary or in the “interest of investors” and “orderly development of securities market”. This amendment formally conferred powers of a civil court on Sebi and similar powers on the AO for securing attendance of persons and examining and inspecting books and records. As terms like “interest of investors” are undefined the amendment sharply increased the powers of Sebi. Further amendments to the law in 2002 and 2014 included in Sebi’s ambit even “persons” who were not market intermediaries but are considered to be “associated” with securities markets (not defined) and allowed Sebi to pass ex-parte orders.

While these amendments created an empowered mini-state within Sebi it runs contrary to the traditional view that an independent judiciary is an essential requirement of “due process” and fairness. A Sebi officer adjudicating on a finding of another Sebi officer is prima facie violative of the principle that no one (including an institution) shall be a judge in his own cause. A Sebi officer who has an executive role today could become an adjudicating officer tomorrow and return as an executive officer the day after. This is unlike other jurisdictions —for example in the US Securities and Exchange Commission (SEC) while officials of the SEC make investigative and prosecutorial decisions the hearing before an administrative law judge is by a person ring-fenced from the investigators through the career track.

The argument in favour of the existing arrangement at Sebi is based on the idea that securities markets are complex and the unique knowledge required to adjudicate these cases is not readily found among external judges. Sebi has passed nearly 20000 orders under these sections. It is estimated that these orders have taken about 18 months from the date of the investigation report — although it is not unknown for investigations to be conducted a decade after the event.

In the absence of data it  is estimated that enforcement orders are issued within three years of complaint and that in recent times this time period has come down. The Yes Bank adjudication order came within 13 months of the complaint being filed though the order is about alleged actions which occurred years ago.

In recent times some important procedural reforms have been undertaken by Sebi. About 10 senior officers of Sebi are full time AOs with a dedicated machinery to deal with adjudication cases. It is true that these officers can get back to being executive officers later in their career but even the current segregation is a start of some form of separation of powers. Having spent over 15 years in the regulation of securities markets AOs are expected to bring both expertise and some balanced and judicial temperament to the table. Unlike many other regulators who only put out a press note on punishments inflicted every adjudication order of Sebi is published on its website the day it is issued and has to be reasoned because of a statutory right to appeal in the Securities Appellate Tribunal. The recent orders are also machine readable and Sebi is actively engaging with researchers and making all this data available for examination and research.

Sebi is thus improving its game from the viewpoint of transparency and efficiency. The agenda lies in now achieving some firm internal separation of the judicial and executive powers. The recommendations in the Financial Sector Legislative Reforms Commission are a good path through which the objectives of an effective regulator can be reconciled with the rule of law and constitutional morality and the basic structure doctrine.

It is useful to remember here that more than a decade ago the Supreme Court had cautioned that “integration of powers by vesting legislative executive & judicial powers in the same body in future may raise several public law concerns as the principle of control of one body over the other was the central theme underlying the doctrine of separation of powers”.