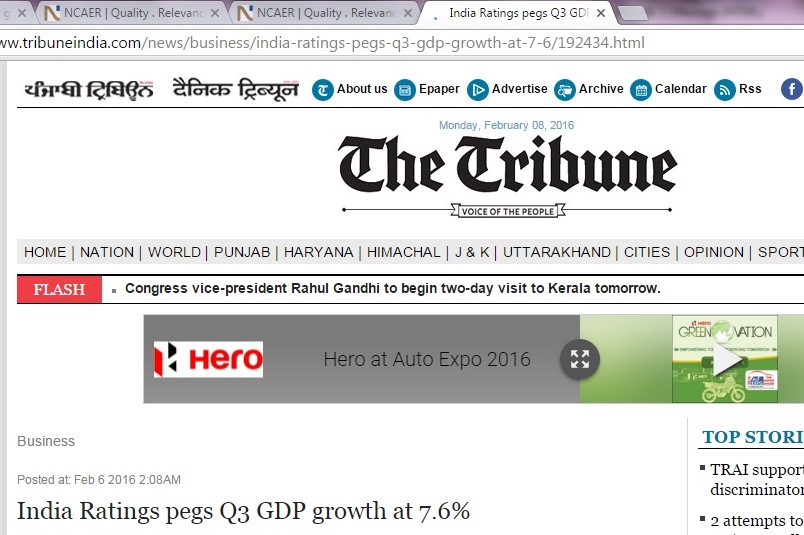 The economy is likely to grow by 7.6% in the October-December quarter of the current fiscal the fastest pace of expansion in five quarters according to India Ratings.

India Ratings said growth may have ticked higher in the third quarter by 7.6% compared to 7.4% in the second quarter of this fiscal.

“Growth is likely to get support from favourable base effect as GDP in the third quarter last year grew by 6.6%. Also domestic demand witnessed during the festival season is expected to support growth even as global headwinds have had an adverse impact on manufacturing and exports” India Ratings chief economist Devendra Pant said.

The official GDP data for the third quarter of the current fiscal is scheduled to be released on Monday.

The NCAER review said the prospects for agricultural sector in 2015–16 remain weak owing to poor monsoon for the second year in a row.

NCAER estimates however suggest that rabi output may perform comparable to previous year and the overall foodgrain output for this year may be marginally higher approximately 1-2%.

The cumulative industrial growth during April-November period in the fiscal year 2015–16 stood at a decent 3.8% outpacing the growth seen during the same period for the past three years.