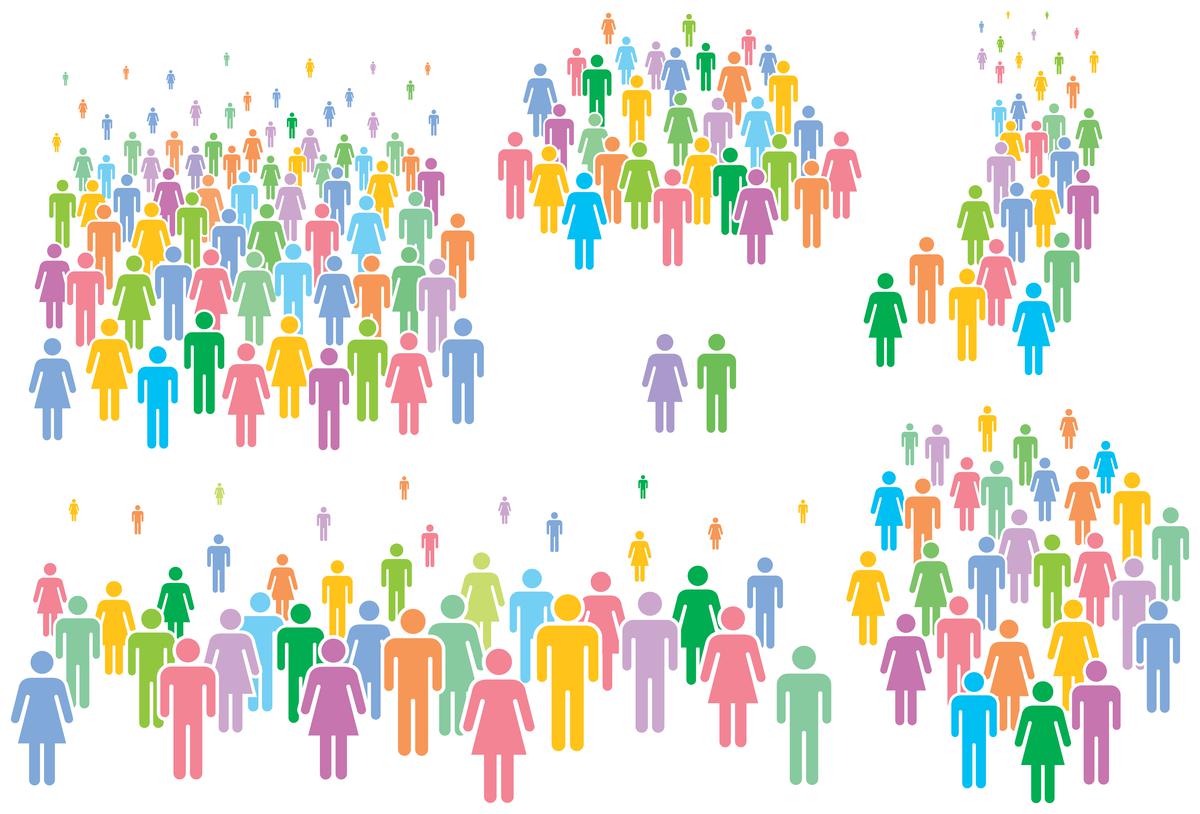 Earlier this year, the United Nations published data to show that India would surpass China as the world’s most populous country by 2023. According to the 2018-19 Economic Survey, India’s demographic dividend will peak around 2041, when the share of the working age population is expected to hit 59%. In this context, does India need a population policy? Poonam Muttreja and Sonalde Desai discuss the question in a conversation moderated by Sreeparna Chakrabarty. Edited excerpts:

The world’s population is expected to hit a peak and then drop by the end of the century. Is this good or bad?

Poonam Muttreja: We need to move from a family planning approach to a family welfare approach. We should be focusing on empowering men and women in being able to make informed choices about their fertility, health and well-being. As fertility drops and lifespans rise globally, the world is ageing at a significant pace. Can increasing automation counteract the negative effects of an ageing population or will an ageing population inevitably end up causing a slowdown in economic growth? We need to look at all of that. We are where we are, so let’s plan for the well-being of our population instead of hiding behind the excuse that we don’t have good schooling or health because there are too many people. That mindset is counterproductive.

Sonalde Desai: It is not about whether the population is large or small; it is about whether it is healthy, skilled and productive. Let me focus on the productive part of it. Thomas Malthus had said as the population grows, productivity will not be able to keep pace with this growth, and we will see famines, higher mortality, wars, etc. Luckily, he proved to be wrong. We need to take a lesson out of this and think about how to make our present population productive. Skills are important, but so is economic planning that ensures good jobs, agricultural productivity, etc.

You had mentioned China. The lesson we can take from China is that making sharp changes in public policy to manage the population ended up having unexpected consequences there. China’s one-child policy led to a sharp reduction in the population growth rate. But now the Chinese have a rapidly rising population of the elderly. China also tried to relax these policies and is now encouraging people to have two or even three children but the men and women are not ready to comply. And China’s fertility continues to decline. So, we should focus not on fertility rate, but on creating a situation in which slow changes in the family size take place in the context of a growing economy.

Can increasing automation effectively counteract the negative economic effects of an ageing population?

Sonalde Desai: Automation makes a big difference to the productivity of individuals, sometimes to the detriment of employment. But in any case, it really is an important contribution of the modern world. However, it doesn’t replace human nature and human touch. For example, I heard that Chinese families are now groaning under the burden of taking care of elderly parents. Automation doesn’t help you take your mother to a doctor or provide the emotional warmth and security that family members provide to each other. So, in that sense, ageing is going to be an issue for us. We need to figure out how to address ageing in the context of changing families and the nature of state support in India and create conditions in which the elderly population can have a healthy and happy life.

Does India possess the institutional capability to tap into its huge youth population? Or will an ageing population turn out to be a liability in the absence of adequate institutional or state capacity?

Poonam Muttreja: Let me first touch upon the elderly population and China. If China hadn’t invested in literacy and good health systems, it would not have been able to lower its fertility rates. In any case, I think we have much to learn from China about what not to do. And especially in the case of the elderly, where the estimates show that 12% of India’s total population by 2025 is going to be the elderly. Every fifth Indian by 2050 will be over the age of 65. So planning for this segment merits equal consideration.

Coming back to the young, we have the capacity to tap into the potential of our youth population. There is a brief window of opportunity, which is only there for the next few decades. We need to invest in adolescent well-being right away, if we want to reap the benefits. Otherwise, our demographic dividend could turn easily into a demographic disaster.

Sonalde Desai: India certainly has the capacity to invest in its youth population. But we don’t recognise the gender dimension of some of these challenges. Fertility decline has tremendous gender implications. What it means is that women have lower burden on them. But it also has a flip side. Ageing is also a gender issue as two-thirds of the elderly are women, because women tend to live longer than men do. Unless we recognise the gender dimension , it will be very difficult for us to tap into these changes. So, what do we need to do? India has done a good job of ensuring educational opportunities to girls. Next, we need to improve employment opportunities for young women and increase the female employment rate. Elderly women need economic and social support networks.

India’s total fertility rate has dropped below the replacement rate of 2.1 births per woman. What could be the economic implications of this declining fertility rate?

Poonam Muttreja: As I said, the numbers are going to be only important if you see them in the right way. Economic policy should be geared towards the skilling and education of our large adolescent population with a special focus on gender, as Sonal said. As we look ahead, addressing the unmet needs of the young people should become a priority. We cannot allow the huge advances we have made in accelerating education, delaying child marriage, addressing sexual and reproductive health needs and building agency be wasted. Special attention must be given to addressing ways in which the pandemic may have affected the lives of our adolescent and youth. If the country does not address the rights and well-being of adolescents immediately, it will set us back by many years.

Sonalde Desai: I think it’s not just the economic implications that we need to think about but also the implications of the political economy. India’s fertility fell below 2.1 births for certain States 10 years ago. In four other States, it’s just declining. So, not only is the fertility falling, the proportion of the population that will be living in various States is also changing. The future of India lies in the youth living in U.P., Bihar, M.P. If we don’t support these States in ensuring that their young people are well educated, poised to enter the labour market and have sufficient skills, they will become an economic liability.

Sonalde Desai: What we need is a policy that supports reproductive health for individuals. We also need to start focusing on other challenges that go along with enhancing reproductive health, which is not just the provision of family planning services. I also think we need to change our discourse around the population policy. Although we use the term population policy, population control still remains a part of our dialogue. We need to maybe call it a policy that enhances population as resources for India’s development, and change the mindset to focus on ensuring that the population is a happy, healthy, productive. Perhaps it is time to think about getting rid of some of the archaic notions around population control, which continue to persist… you know, people with larger families not being allowed to participate in elections or get maternity leave, and so on.

Poonam Muttreja: Our arguments and discussions have not gone beyond the two-child norm. The two-child norm indicates a coercive approach to primarily one community. And there are too many myths and misconceptions around population issues, which lead to this discourse, which takes away attention from doing all the things Sonal and I suggested through this conversation. We need to move away from the focus on the two-child norm.