Covid-19 and the resilience of our household economy 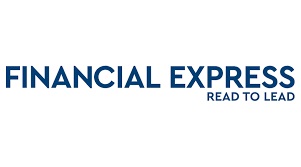 The study noted that 79% households reported a fall in income with 29% of them left with literally no source of income.

For restructuring the Indian economy we need to strengthen the household economy. The National Council of Applied Economic Research and the Nossal Institute for Global Health University of Melbourne conducted a study called ‘Social Economic and Health Impact of COVID-19 in the States of Uttar Pradesh and Odisha’ during June 9-18—the unlock 1 period. It covered 2100 households from four districts two each from Uttar Pradesh and Odisha and assessed the situation on three parameters: before during and after the lockdown from economic social and psychological perspectives.

The economic shock as a consequence of multiple lockdowns is deep and wide. The study noted that 79% households reported a fall in income with 29% of them left with literally no source of income. The job market also underwent a concomitant swing in the form of 11% of the households shifting their occupations.

A closer look at the data establishes the existence of three undercurrents: spatiality casual employment and the place of agricultural sector in the economy.

Given the diversity of our country the transmission of Covid-19 and its repercussions have wide spatial variations across almost all the variables between Uttar Pradesh and Odisha. The proportion of households reporting reduction or even total loss of income and shift in occupation is lower in Odisha as compared to Uttar Pradesh. The proportion of households reporting reduction in income was 81% in Odisha and 76% in Uttar Pradesh. Also UP households faced supply shortages of food items and vegetables while for those in Odisha accessing cooking fuel eggs meat fish and medicine was the prominent concern.

Among all the major occupation groups the households in casual employment account for the highest proportion with respect to reduction or loss of income shift in occupation (18%) and accumulation of debt (71%). Agricultural households have managed the economic shock better being second to households with regular salary.

Management of these undercurrents involves actions on three fronts. First the benefits transfer system must be revamped to incorporate increased coverage and seamless accessibility through integration of portability—as 47% of the households still report non-receipt of any government assistance. Second effective and institutionalised decentralisation of the governance ecosystem cannot be delayed. Last to address the menace of casualisation of employment India must learn to generate enough good-quality jobs. These steps would embolden household economy and feed into the larger structural transformation of the Indian economy.