Air pollution is not just about PM10 and PM2.5 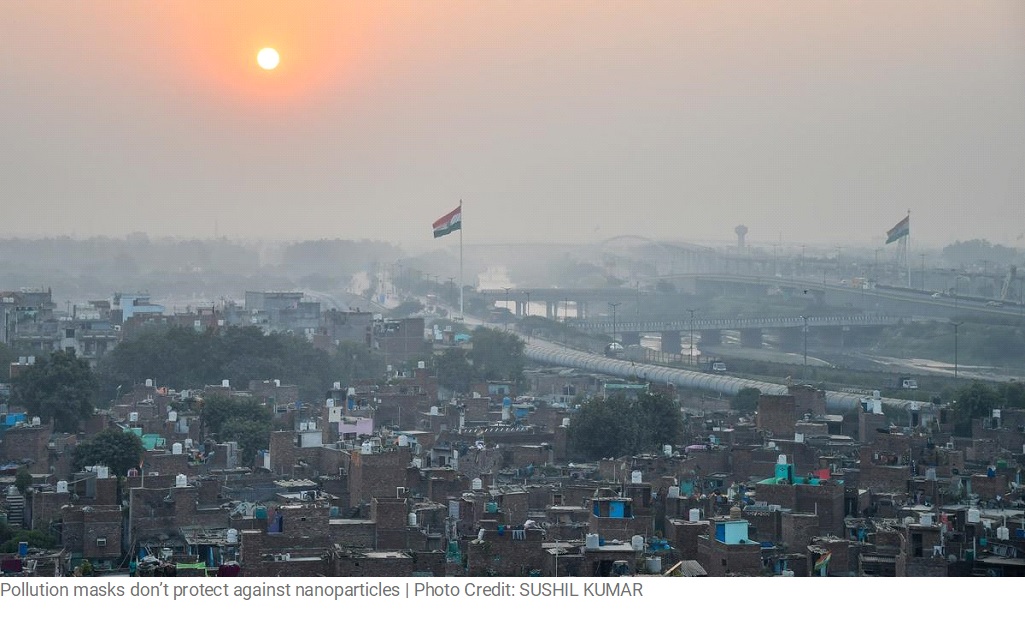 Exposure to nanoparticles, arising from both natural and man-made processes, can cause cardio and pulmonary problems

Another winter and the discourse invariably turns towards air pollution in Indian metros, with a focus on Delhi. Increasingly, we come across studies that estimate the number of Indians who would die early due to air pollution, or have to set aside a large part of their health budget to take care of diseases arising due to air pollution.

The rising impact of air pollution leads to increased government health expenditure in two ways: first, the form of reimbursement of costs incurred by people with insurance cover under Ayushman Bharat; and second, in government hospitals for treatment of diseases due to air pollution.

Despite the gravity of the problem, it is not well understood. The discourse on air pollution in India centres on mean concentration of particulate matter PM10 (particles smaller than 10 microns) and PM2.5 (particles smaller than 2.5 microns, about 25 to 100 times thinner than a human hair). This is solely due to the fact that the Central Pollution Control Board has the facility to monitor only PM2.5/PM10 pollutants in Delhi or elsewhere. As a result, we are probably underestimating the deleterious effects of air pollution by a big margin.

There are pollutants which are more harmful than PM10/PM2.5 in the case of air pollution, but are usually not talked about. These are nanoparticles, arising from both natural and man-made processes: soil erosion, dust storms, burning of unprocessed fuel, industrial, and mechanical processes.

Where studies have extensively researched health impacts of PM2.5 and PM10 exposure, evidence on the toxic effects of nanoparticles on human health is insufficient. Unearthing this calls for an interdisciplinary research team of scientists, health professionals, and epidemiological researchers to be convinced of the scientific composition, transmission and exclusive effects of nanoparticles on human health.

The chemically reactive nature of nanoparticles makes the risk assessment highly uncertain. Inhalation is the most common route through which people get exposed to nanoparticles. Ingestions and dermal contact of engineered nanoparticles are also popular transmission mechanisms. Inhaled particles can enter the blood circulation from where it can be carried to different organs such as heart, kidney and liver.

Suggestive evidence shows that nanoparticles accumulated in the vascular sites can clot blood vessels, increasing the likelihood of heart attack and stroke. Occupational exposure to these toxic elements can increase the risk of lung cancer.

For patients with pre-existing heart or pulmonary conditions, the situation can get worse when exposed to elevated particle concentrations. Infant mortality, neonatal complications, and birth defects are also likely to increase with ever increasing concentrations of matters smaller than 10 µm.

Incidentally, while the pollution mask provides protection against PM10/PM2.5 particulate matter, the same is not true for pollution from nanoparticles. Moreover, with no mechanism available to record the extent of air pollution arising from nanoparticles, the risk arising from same is now a black box. Thus, there is a need for the government to raise awareness on the dangers of nanoparticles. Monitoring stations should make an effort to measure the same; without quantifiable statistics, we cannot highlight the dangers involved.

The writers are respectively Senior Consultant, George Washington University and Professor, NCAER. The views are personal