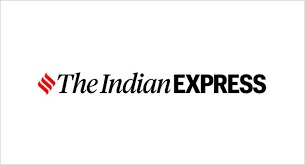 COVID-19 has now started sneaking into the hinterlands whose contexts happen to be drastically different from the large metros where the fight against the virus has mostly been concentrated so far. The emerging dilemma now is whether to persist with the existing models or to introduce necessary corrections in them. If we decide on the later arriving at these adaptations would pose an even greater challenge.

It is now emphatically established that repercussions of the pandemic transcend well beyond the health sector and stretch into almost all dimensions especially social economic and psychological. An adroit management of non-health sectors is found to have significantly bolstered the fight against this virus in the health sector. So the successful models to effectively contain the spread of the virus have had a distinctive balance between the priorities of health and non-health sectors.

In this context the National Council of Applied Economic Research (NCAER) in collaboration with the Nossal Institute of Global Health University of Melbourne Australia conducted a study during June 9-18 during the first phase of the unlock. The study covered four districts — Chandauli and Firozabad in Uttar Pradesh and Bargarh and Dhenkanal in Odisha and sampled about 2100 households.

This study is uniquely positioned to assess the situation on three planes before during and after the lockdown from economic social and psychological perspectives. Another incidental advantage of the study is that it was conducted in Uttar Pradesh and Odisha which are now emerging as new hotspots of COVID-19. So findings of the study can potentially play a big role in suitably contextualising models for these two states.

Prior to the lockdown the distribution of households on the basis of sources of income was almost similar in Uttar Pradesh and Odisha with about 30 per cent of the households self-employed in agriculture 27 per cent engaged as causal labourers and 24 per cent self-employed in non-agriculture. This occupational structure witnessed a major upheaval during the lockdown. While people in 60 per cent of the households could continue in their old occupations those in 29 per cent became jobless and the remaining 11 per cent shifted their occupations.

The economic impact of lockdown exhibited wide variations across occupations and between states. The proportion of households reporting a reduction in income was 81 per cent in Odisha and 76 per cent in Uttar Pradesh. Across occupational categories the highest proportion reporting a reduction in income were households engaged in casual employment.

The general trend in the intensity of income disruption among households across occupations tapered from self-employed in agriculture through salaried to those who are self-employed in non-agriculture sector. Along with the income disruptions supply shortages of essential items also emerged with a distinct geographic pattern. A higher proportion of households could not access food-items vegetables and fruits in Uttar Pradesh and cooking fuel egg meat and fish and even medicines in Odisha.

The incidence of in-migration has effectively stopped the flow of remittances and further aggravated the already precarious economic situation. About 10 per cent of the households reported in-migration with Uttar Pradesh reporting a slightly higher proportion than Odisha.

Amid such fluid economic conditions households carved out a diversified coping mechanism to strike a balance between reduction in incomes and emerging supply shocks. Even the coping mechanism had a notable spatial distinction. The proportion of households borrowing money was around two-thirds in Uttar Pradesh compared to just 17 per cent in Odisha. However with respect to receipt of government assistance Odisha had a higher proportion of households (59 per cent) as compared to Uttar Pradesh (46 per cent). A more striking revelation was that 35 per cent households in Uttar Pradesh reduced their expenditure by consuming less as compared to just 5 per cent similar households in Odisha.

An analysis of the coping mechanism across occupations reveals that 71 per cent of households with casual employment accumulated debt as compared to just 19 per cent of households who were self-employed in non-agriculture. Similarly 31 per cent of casual labour households even had to reduce their consumption of essential items to compensate for the loss of income. Thus the intensity of the economic shock due to the lockdowns varied across geographies and occupation groups.

During the unlock-1 phase a very high proportion (72 per cent) of households reported returning to their work places. However interpreting this as a robust sign of an economic revival might be a hasty because the highest proportion of workers resuming work was from those in casual employment. Interestingly the proportion of households that reported returning to their workplaces was higher in Odisha (75 per cent) as compared to Uttar Pradesh (53 per cent).

The government solicited near unanimous support from the people. While 95 per cent of households supported the lockdown strategy 92 per cent were confident of the government’s ability to tackle the COVID-19 pandemic.

These findings reveal that households in Odisha are in a better position than those in Uttar Pradesh as are those self-employed in agriculture or in salaried jobs as compared to those engaged in casual employment. Thus policy must be differentiated at a fairly disaggregated spatial scale dynamic to promptly address the continuously evolving crisis people-centric responsive and nested across social economic demographic and gender spectrums of society. This study has provided crucial insights in this respect and would help in formulating evidence-based policy to accommodate the changing contexts of COVID-19.