The National Council of Applied Economic Research (NCAER) and India International Centre (IIC) organised an insightful, expert commentary, and a lively debate on “The Mid-Year Review of the Indian Economy, 2022-23” on November 5, 2022, at IIC. The NCAER Mid-Year Review (MYR) carries forward the tradition started by Dr Malcolm Adiseshiah at the IIC in 1976 through Malcolm and Elizabeth Adiseshiah Trust.

The NCAER macro team led by NCAER Director General, Dr Poonam Gupta and IEPF Chair Professor, Dr Mridul Saggar, presented an analysis of the current economic situation and developments pertaining to the economy during the financial year 2022-23 so far and likely near term outlook.

Following are the highlights of NCAER’s Mid-Year Review of the Indian economy for the fiscal year 2022-23:

Summary of the MYR Findings: 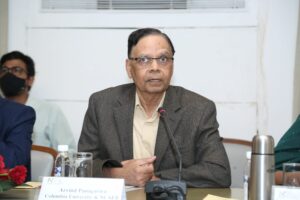 During the discussion, the Chair, Professor Arvind Panagariya noted, “My forecast for growth of the Indian economy for the year 2022-23 would be about 8 per cent. This is because during the first quarter of the year, we have already achieved a growth figure of 13.5 per cent of GDP. In order to achieve a growth of 8 per cent, we need to touch a total of 32 per cent for the four quarters of the year, and having achieved 13.5 per cent in the first quarter, we need to achieve a total of 18.5 per cent in the remaining three quarters, which is absolutely doable. ” 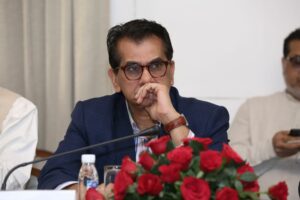 Reflecting on the economic indicators during the year and the concomitant analysis in NCAER’s MYR, Mr Amitabh Kant suggested, “All our high-frequency indicators, as also reflected in the NCAER MYR, are robust and underscore the resilience of the Indian economy. The two important indicators that need attention and a response are rising commodity prices and depreciating currency in the face of the strengthening of the US dollar.” He also said, “We have achieved success in many areas, especially in manufacturing, and now we need to focus on the sunrise sectors and the green transition sectors.” According to him, one of the key measures will be asset monetisation, while the others would be increasing the plugging of private resources into infrastructure, boosting public-private partnerships, and focusing on increasing disinvestment. He also surmised that India could be the first country worldwide that would develop at an unprecedented rate without any carbonisation. 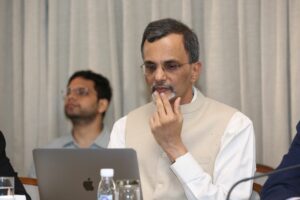 Providing a very comprehensive overview of the economic outlook, the Chief Economic Adviser, Dr Anantha Nageswaran stated, “India’s bond yields are doing much better than those of others, which is indicative of the prevailing macroeconomic stability in India despite the opposite global trends.” He argued that the projections, including both the optimistic and pessimistic ones, should, however, be taken with some degree of scepticism because of the ‘unknown unknowns’”. “Among these ‘unknown unknowns’ are the central banking measures, which could lead to negative interest rates in Europe during the coming decade, stemming both from the Global Financial Crisis of 2007-08, and the impact of the pandemic and the response to it by the advanced economies,” he said. 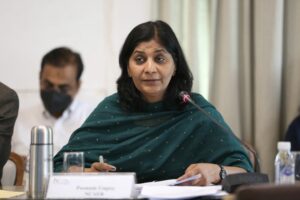 The NCAER Director General, Dr Poonam Gupta pointed out, “The global outlook is both challenging and uncertain, but the available high-frequency indicators that the NCAER Mid-Year Review has taken into account highlight the resilience of the Indian economy.” She also said that the worrying indicators globally were the rise in inflation in all advanced economies, policy tightening by the US Fed and other central banks, and softening of both global growth and global trade, which could impact the Indian economy too. 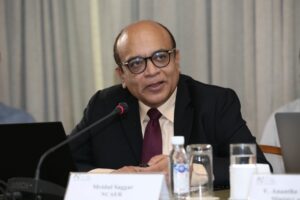 The IEPF Chair Professor, NCAER, Dr Mridul Saggar highlighted the need for maintaining macro-financial stability amid the sharp slowdown in global growth and tighter financial conditions expected next year on the back of further monetary tightening.