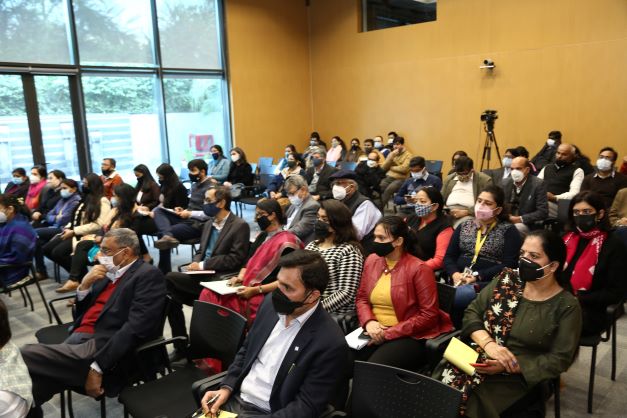 NCAER hosted a  lecture by Dr Gita Gopinath, Chief Economist at the International Monetary Fund. Dr Poonam Gupta, NCAER Director General,  chaired  and moderated the session. The talk by Dr Gopinath focused on the outlook for global growth in the year to come. As the global economy recovers from the pandemic, a great deal of uncertainty remains about new COVID-19 variants and increased inflation pressures in many countries. Dr Gopinath  discussed how policymakers can best deal with these challenges in an increasingly uncertain environment. 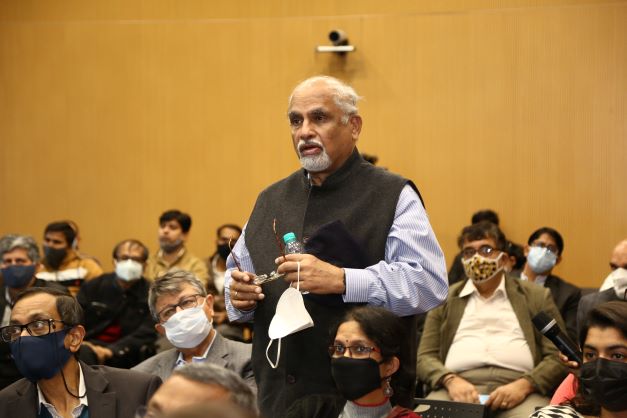 The event was held at NCAER’s T2 Conference Centre. It was also live-streamed on NCAER’s YouTube channel. A large number of eminent economists, policy-makers, academics, and mediapersons followed the conversation. The talk was chaired by Dr Poonam Gupta, Director General, NCAER. In the Q & A session following the lecture, Dr Gopinath addressed a range of questions from both the live and digital audience.

Please see the press release available on the webpage with more details on the talk.

Gita Gopinath is the IMF’s first woman Chief Economist, on leave from Harvard University where she is the John Zwaanstra Professor of International Studies and of Economics. Before joining Harvard, she was an Assistant Professor at the University of Chicago’s Booth School of Business. She has been the co-director of the International Finance and Macroeconomics programme at the National Bureau of Economic Research (NBER), the NBER co-lead for NCAER’s Neemrana Conference held in partnership with NBER, a member of the Economic Advisory Panel of the Federal Reserve Bank of New York, Economic Adviser to the Chief Minister of Kerala, and a member of the Eminent Persons Advisory Group on G-20 for India’s Ministry of Finance. The Indian Government awarded her the Pravasi Bharatiya Samman, the highest honour conferred on overseas Indians.

She received her PhD in Economics from Princeton, MA degrees from the Delhi School of Economics and the University of Washington, and her BA from Lady Shri Ram College at Delhi University. 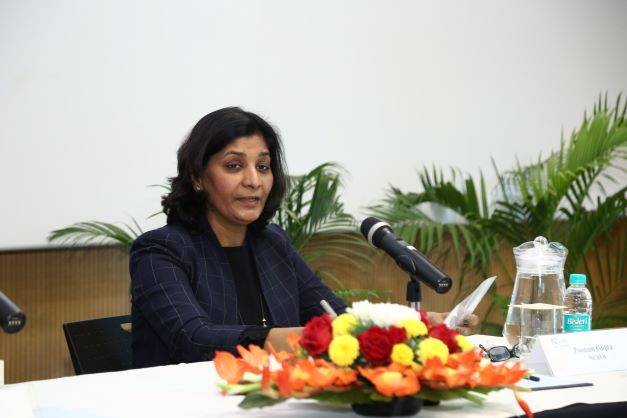 Poonam Gupta is the first woman Director General of NCAER and a member of the Economic Advisory Council to the Prime Minister (EAC-PM). Before joining NCAER, she was Lead Economist, Global Macro and Market Research, International Finance Corporation (IFC); and Lead Economist for India at the World Bank. Her prior appointments include the Reserve Bank of India Chair Professor at National Institute of Public Finance and Policy (NIPFP); Professor at Indian Council for Research on International Economic Relations (ICRIER); Associate Professor, Department of Economics, Delhi School of Economics; and, Economist at the International Monetary Fund. Her research has been published in leading scholarly journals and has featured in The Economist, Financial Times, and Wall Street Journal.