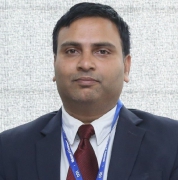 He has been affiliated with several organizations, like University of Washington Seattle, European Center for International Political Economy, Brussels and Center for Social and Economic Progress (formerly Brookings India), New Delhi. He has been on the Board of Directors of British American Business Council and Young Professionals Chronic Diseases Network (formerly based in Harvard Global Equity Initiative). He has also been an active consultant with UN, World Bank, ILO, FAO, WHO, ICRIER, IMF and several other international organizations as well as government/private bodies across the world. He is also engaged with the startup community across the world as an advisor and co-founder. He also founded a consulting firm named “Infinite Sum Modelling” in 2015, which has a global presence, with offices in Vancouver, Seattle, Los Angeles and New Delhi. He has been a consultant to several organizations such as McKinsey, KPMG, PWC, World Bank, UN, ADB, Harvard University, LSE, the Commonwealth Secretariat, etc. He has published over 100 papers and 5 books cited thousands of times in journals as well as popular media (FT, BBC, CNN, WP, The Economist, etc.) , in reputed journals  such as Nature Communication, Energy Economics, Network and Spatial Economics, Economic Modelling, Applied Economics, Agricultural Economics, etc., and presented his work in over 30 countries across the world.

Badri’s main areas of expertise are Agricultural Economics, Health Economics, Applied Econometrics, International Trade, Industrial Economics, Labor Economics, Computable General Equilibrium (CGE) and simulation modeling, Environmental Economics. He has a great deal of teaching experience in these areas since 2004. Badri has published numbers of papers in international journals in the areas of trade, energy, environment, agriculture, labor and manufacturing, cutting across disciplines, with numerous Google Scholar citations. He is also a peer reviewer and editorial board member for 15 international journals. He holds a PhD in Economics from Indira Gandhi Institute of Development Research (IGIDR), Mumbai.