Another Gendered Demographic Dividend: The Rise of Sonless Families and their Transformative Adaptations 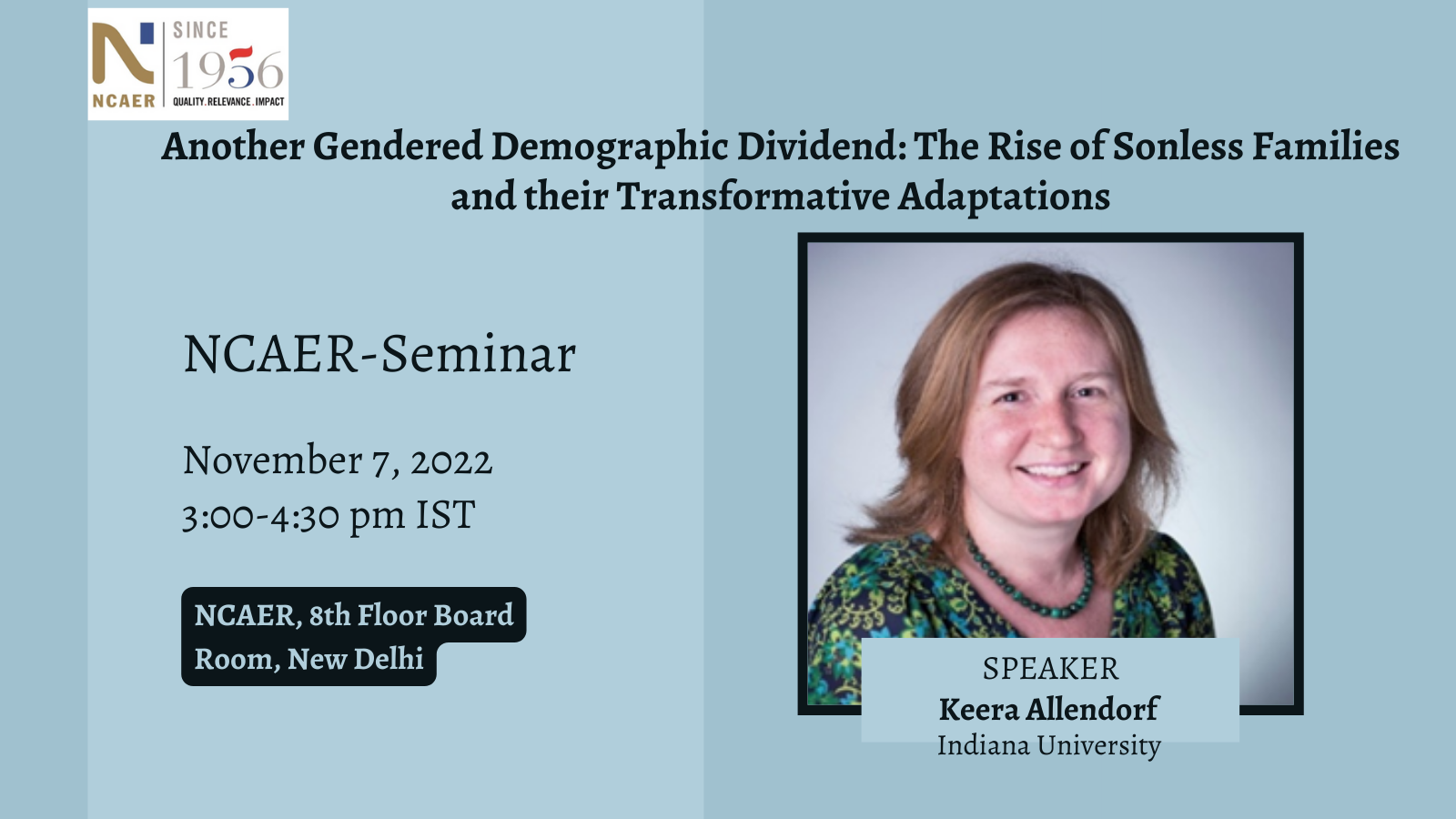 NCAER organised a hybrid seminar on Another Gendered Demographic Dividend: The Rise of Sonless Families and their Transformative Adaptations by Dr Keera Allendorf, Indiana University, on Monday, November 7, 2022.

Dr Allendorf’s paper suggests that a neglected consequence of declining fertility is the likely rise of families with children of one sex—only sons or only daughters. Increases in sonless families, in particular, may present a gendered demographic dividend that weakens patrilineal family systems. Drawing on 88 demographic surveys and two censuses, Dr Allendorf describes trends in shares of families with only daughters and only sons from the early 1990s to around 2015, in India and several other Asian countries. Increases in ‘sons-only families’ were universal where numbers of children fell. The growth of ‘daughters-only families’ was suppressed in India and other patrilineal contexts, but these sonless families still rose in 13 of the 18 countries where the numbers of children declined.

Dr Allendorf also examines one potentially transformative adaptation in India—mothers expecting to rely on a daughter, rather than a son, for old age support. Using panel data from the India Human Development Survey (IHDS), she compares how expectations of old age support changed from when women were newly married and did not yet have children to a period seven years later when they did have children. Women with sons kept or further embraced patrilineal expectations that a son would provide support. On the other hand, sonless mothers largely gave up patrlineal expectations, turning to daughters or away from children altogether.

Keera Allendorf is an Associate Professor of Sociology at Indiana University. Her research focuses on family, gender, and health, primarily in India and Nepal. She investigates how and why family behaviours vary and change over time and how family behaviours shape well-being. In her current projects, she examines adaptations of sonless families and explores Indian Americans’ views and experiences of family life. She is also a co-investigator in the ongoing third round of the India Human Development Survey. Her articles have appeared in the American Journal of Sociology, Demography, and Population and Development Review.